The SIP-5030 offers wide angle-detection for large areas outside. It has an intelligent detection system that uses data from the ambient environment, such as temperature and illuminance conditions, to automatically adjust the sensitivity.

In addition, the SIP-5030 has another PIR detector on the bottom of the unit to cover the creep zone. The PIR detector on the bottom has an independent output that is separate from the main output. The main output can trigger the CCTV system, and the output from creep zone detection can be used for protection of the unit. The detection angle in the SIP-5030 can be adjusted to easily match the camera field of view. And, the creep zone detector can be used for detection below and around the unit. 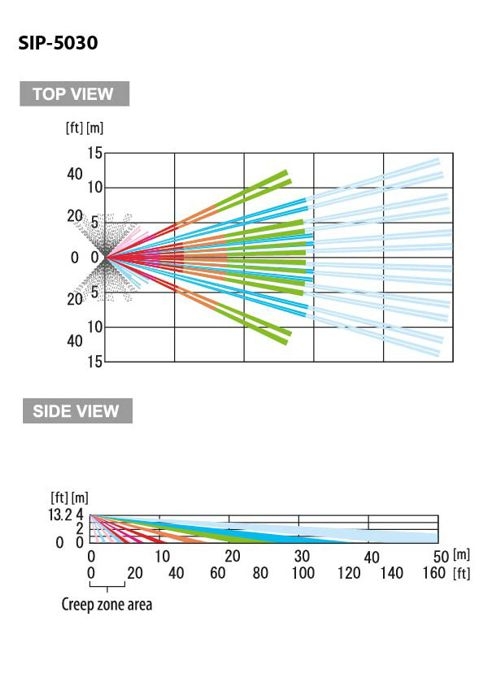